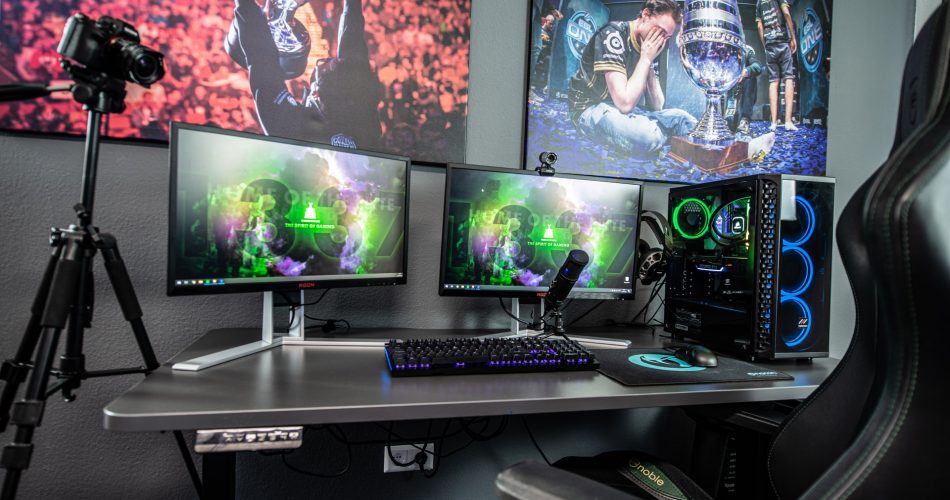 If there’s one thing most video games are fond of doing, it’s elaborate marketing campaigns. Over the course of years, the gaming industry has brought some of the most creative advertisements to grace the stage in media. Many of these games have gone on to be iconic in their own right, but we can’t doubt that their marketing campaigns played an essential role in catapulting them to the top.

As a player, it’s inevitable that you’ll get inspired by the marketing campaigns of your favorite games. Because of that, you should learn not to break the bank due to hype.

That’s where gaming marketplaces come in. If you’ve never used one before, it’s time to check out Eldorado.gg. A gaming marketplace centered on fair prices and heavy discounts for consumers. On this website, you’ll get access to items and currency for your favorite titles.

Even new games such as New World have content for sale. Check out the superb discounts on New World coins, items and content on their website.

Microsoft went all-in on promoting Halo 3, a 2007 Xbox 360 exclusive, and the cosmic first-person shooter became a record-breaking behemoth, selling 14.5 million copies. The $40 million marketing effort for the game began in May 2006 with a theatrical trailer at the E3 gaming expo. A second trailer, developed by global marketing firm McCann-Erickson, was published on December 4, 2006, and had been seen over 11 million times by the time the title was released in September of the following year.

Teasers were also made by District 9 director Neill Blomkamp in collaboration with Weta Workshop and Bungie. Microsoft launched its iconic $10 million “Believe” campaign in September 2007, which included a video series, a website, and a diorama. In addition to an alternative reality game, over 10,000 global launch parties, and ad collaborations with PepsiCo and Burger King, Halo 3’s marketing activities included an alternate reality game.

Activision’s massively successful first-person shooter franchise has sold over 140 million copies since its inception in 2003. On November 10, 2009, Call of Duty: Modern Warfare 2, the sixth and most successful entry to date, was published. The game sold 28.5 million units and earned $1 billion thanks to a reported $200 million marketing and distribution strategy that featured high-profile trailers and the addition of a Modern Warfare 2 sticker on NASCAR driver Joey Logano’s stock car.

However, thanks to a great TV marketing campaign starring actors Jonah Hill and Sam Worthington, 2011’s Call of Duty: Modern Warfare 3 shattered the series’ first-day sales record, grossing $400 million in 24 hours across the United States and the United Kingdom. The Modern Warfare 3 campaign, which was co-created with creative firm AntFarm, includes a two-day Los Angeles conference called the Call of Duty: Experience 2011. So far, 26.5 million copies of Modern Warfare 3 have been sold.

Bethesda Softworks employed one of the most unusual marketing gimmicks possible to promote The Elder Scrolls V: Skyrim, a highly successful fantasy role-playing game. In February 2011, the publisher promised free Bethesda games for life to any fans who had a baby on the game’s release date of November 11, 2011 and called it Dovahkiin. Megan and Eric Kellermeyer, from the United States, embraced the challenge and received the benefits.

Back in the real world, Skyrim’s marketing team sought to broaden the series’ appeal by directing the game at non-fantasy fans. AKQA attempted to convey Skyrim’s grittier backbone as well as its modern cinematic feel. Fans were left eager for more Skyrim after just a few videos were published in the year after the game’s debut. The highly crafted marketing approach paid off, as The Elder Scrolls V sold more than 20 million copies by late January 2014.

In February 2012, Assassin’s Creed 3 was officially unveiled. The marketing effort was bold, entertaining, and one of the most ambitious in Ubisoft’s history from the start. The plan was to use social media to bring in new viewers to the action series. A brand-communicating American Revolution-themed live-action video entitled “Rise” was made by multinational agency Sid Lee and released exclusively online, assisting Ubisoft in bringing almost two million new faces to its Facebook page.

“It’s not an issue of modifying and moving our communication style; it’s about combining all channels to achieve our objective,” noted Geoffroy Sardin, chief sales and marketing officer. Ubisoft got it exactly right. Assassin’s Creed 3 was released on October 30, 2012, and sold 3.5 million copies in a week, making it the best-selling – and most pre-ordered – Assassin’s Creed game to date.

Since 1997, Rockstar Games’ ultraviolent Grand Theft Auto (GTA) franchise has enthralled gamers while offending conservatives. Rockstar casually posted a link to an official GTA V website in October 2011. Soon after, a trailer was released, and the entire globe licked its lips in anticipation. A second trailer was released in November 2012, followed by a cover feature in the December edition of Game Informer. In March 2013, related paintings were installed in Manhattan. A viral marketing effort, unique pre-order package bargains, and strategically positioned billboards and banners were all part of the campaign.

Rockstar spent an estimated $265 million producing and marketing the game, and by the time it was launched on September 17, 2013, players were pumped. The open-world action game grossed $800 million in 24 hours and went on to set seven Guinness World Records, including the fastest entertainment product to gross $1 billion. If you’re struggling to earn money on the game itself, the best way to do it is to buy GTA 5 Money and skip all the hard grinding.

Considering the scale of these marketing campaigns, the video game industry is phenomenal with the way it showcases itself to supporters.

If you want to get in on the action these massive titles, it’s best to avoid breaking the bank. The best way to save some cash is through the Eldorado.gg marketplace. You can get Rust accounts and live out your survival simulation dreams to the fullest!

Video game freak! He has been gaming since he was 5 and is still swooping anything that crosses his path. Technology enthusiast. Always following technology news and staying up to date as much as possible, making sure he's always ahead of the game.